As a web developer managing multiple sites hosted on a variety of platforms and ISPs, Docker (and now Podman) greatly simplified my workflow by allowing each development environment to perfectly match its production environment (web server, PHP version, etc.).

My primary Linux workstation simply runs one container for NGINX and an additional container for each of the domains being developed. Each domain’s container can obviously be configured to exactly match the project’s production environment. Nice and clean.

While the production TLD is likely to be a “.com” or “.org”, the development domain is configured as “.test”. Although “.dev” was used previously for this purpose, in 2015 Google’s Chrome browser began requiring anything using the “.dev” TLD to be served via HTTPS. Instead of bothering with configuring self-signed certificates, it was easier to just switch the development domains over to “.test”. Problem solved.

The only inconvenience in this setup (and yes, it’s nothing more than an inconvenience) was when I would switch from the production URL to the development URL in the browser’s same tab. For example, if I were viewing myproject.com and wanted to go back to the development URL, I would have to change the “.com” to “.test” and change the protocol from “https://” to “http://”. Yeah, I could simply open up another tab but this has bugged me for quite awhile so I decided to figure out if there was a relatively straight-forward way of using self-signed certificates so that these “.test” domains could use SSL.

After trying several different approaches, it became clear that the simplest solution would be to create a self-signed Root Certificate Authority that would only need to be installed once into the necessary browsers and then create standard (self-signed) certificates for each domain based on that rootCA. As long as each new domain’s certificate was created with the single rootCA, all would be good.

Overview of the Process

Generate a key and create the rootCA with the following two commands:

Import the Root Certificate (rootCA.crt) into the required browsers. Pretty straight-forward, at least for Chrome:

Make sure the rootCA.crt is placed in the Trusted Certificates Store (especially on the Windows version of Chrome) or your domain certificates won’t be utilized.

Create the Certificate for Each Domain

Apparently using “.test” as the TLD for development adds an additional caveat requiring the certificate to include the FQDN as the “Subject Alternative Name (SAN)” in addition the “CN”. Otherwise, the browser (at least Chrome) will throw the error “NET::ERR_CERT_COMMON_NAME_INVALID”. Unfortunately, the SAN cannot be supplied via openssl’s command line and requires a configuration file to be used. A typical config file would contain:

Edit the “[dn]” section as desired but note that the “CN” and “DNS.1” lines will be updated for each domain’s certificate you intend to create.

Configure NGINX to use the New Certificate

The first “server” block simply has NGINX redirect “http” requests to “https” (just as you would in the production environment.) The second block contains the “listen” and “ssl_certificate” directives for the newly created certs. The proxy directives will obviously be unique to your own network configuration. They’ll be a similar configuration file for each domain being proxy’d by NGINX.

Have NGINX Listen on Port 443

Finally, when starting the podman container for NGINX, add the additional port mapping in order to listen to port 443 as well as port 80.

If you found this post useful or have suggestions, feel free to comment below. And thanks for reading! 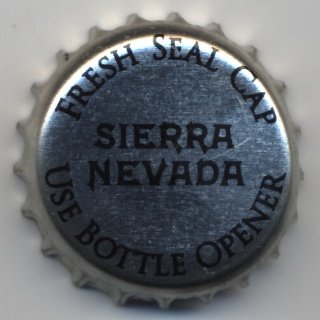