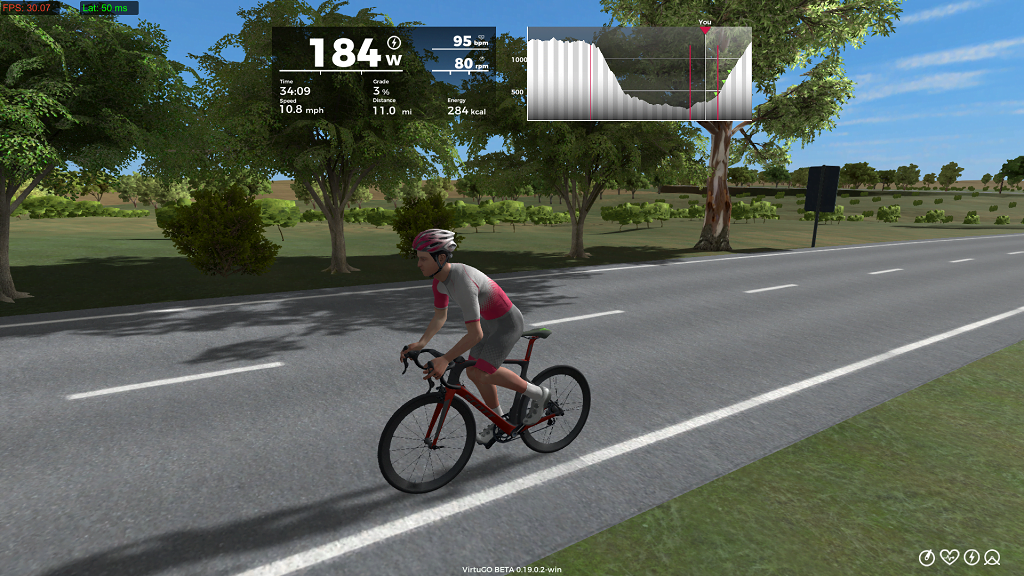 It’s been a while since I’d tried VirtuGO so with the release of beta 0.19.0.2, I’d thought I’d see if it had made any progress. Unfortunately, my primary complaints are unchanged.

The gradients happen way too suddenly as there’s no sense of “momentum” when transitioning between ascents and descents or vice-versa. Even the sections that appear to be small “rollers” require quick shifting in order to maintain speed.  Additionally, the rendering never really shows the gradient you’re suppose to be experiencing. For the most part, the Willunga Hill route would appear to the casual observer to be practically flat for the entire 14 miles – including the descent from 4.5 to 7 miles and the climb out from 11 to 14 miles. Visually, it just never manages to create the same sense of immersion found in Zwift or Road Grand Tours.

From a trainer resistance standpoint, the ascents (3-6%) are just a bit too difficult while those over 8% seem way too tough, and the descents are, while possibly realistic, way too easy. The whole section from mile 4 through 10 just seems like a waste of time on the trainer. Coasting down from Hawaii’s Haleakala volcano may be great fun in real life but isn’t exactly the best use of time on an indoor trainer. As it turns out, this is the same issue I’ve found with trying to re-ride a route loaded into my Garmin 520.  A route that in the real-world might consist of a series of pleasant “rollers” seems to turn into a shifting nightmare.

I think it’s great to see others jumping in the virtual cycling space but it looks to me as if VirtuGO has got a way to go before they become a serious contender to Zwift or Road Grand Tours. 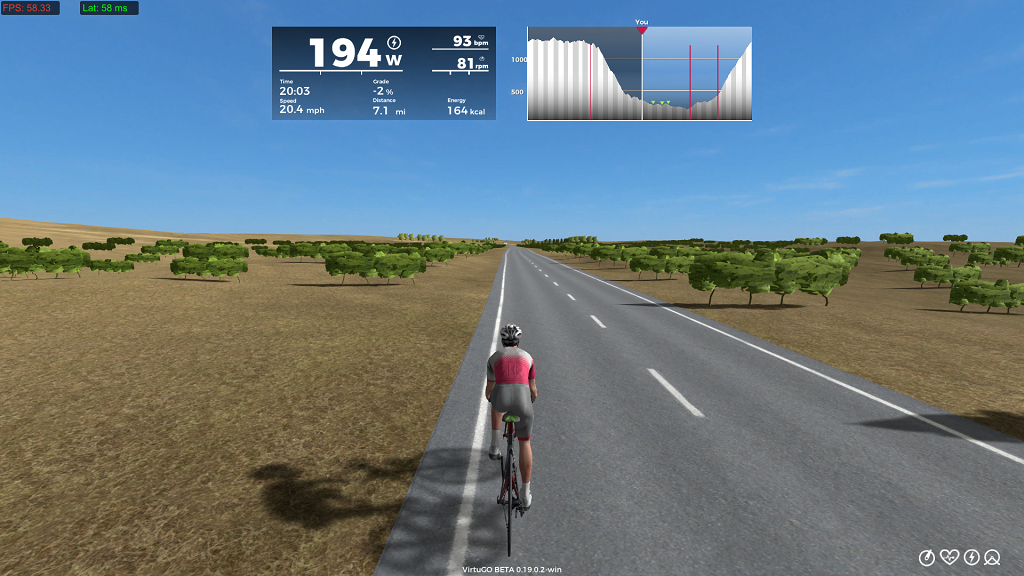